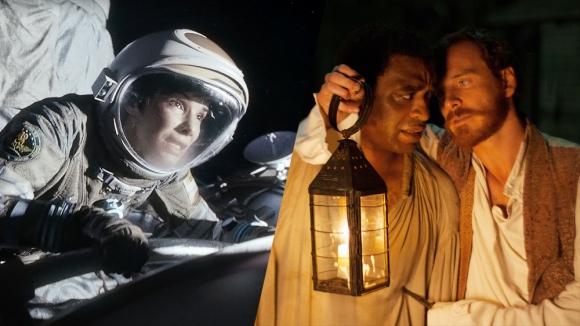 The old rule that you can’t predict a split has been broken. By and large most awards-watchers predicted 12 Years a Slave to win Best Picture and Gravity‘s Alfonso Cuarón to take Director. Many of the most seasoned and widely respected pundits said that was unlikely and impossible to predict. I almost changed my predictions to Gravity all the way, but I stuck to my guns instead. And guess what… It happened!

Gravity, due to it’s technical prowess, walked away with 7 wins overall, more than any other film this year. 12 Years a Slave, despite taking the top prize, tied with Dallas Buyers Club for a distant second place in total wins. Both won 3. Frozen and The Great Gatsby each won 2, while Her and Blue Jasmine just took 1 apiece. The rest of the Best Picture nominees all went home empty-handed, including Captain Phillips, Nebraska, Philomena, The Wolf of Wall Street, and perhaps most surprisingly, American Hustle, which had initially tied Gravity for the most nominations (10).

Overall, I went 19/24 in my predictions. Honestly, for such a tight year with so many amazing films, there weren’t a lot of surprising wins. What surprises we did get were mild ones that many saw coming.

The biggest shock (aside from American Hustle‘s big ol’ goose egg) was honestly Gravity’s Editing win, which wasn’t shocking at all. Many were predicting ACE winner Captain Phillips to take it, but the major technical marvel in the race could not be ignored. Her‘s Original Screenplay win over American Hustle lowered some pundits’ scores, just as Jennifer Lawrence’s Supporting Actress loss to Lupita Nyong’o lowered mine. But to be honest both races were neck-and-neck, and either had a great chance at winning.

The only other races I missed were in Foreign and two of the Short Films. I should have seen The Great Beauty coming (and honestly almost changed my prediction this morning). It’s won more precursors, but I was convinced by some pundits who thought it too abstract and esoteric to win. I was surprised yet thrilled to see the lovely Mr. Hublot win Animated Short over the more widely seen Get a Horse! And I was disappointed to see the technically proficient but narratively flat Helium win Live Action Short over one of the best films of the year (of any length) in Just Before Losing Everything.

The show itself was a pretty good one. While not necessarily all that memorable, it moved along at a good clip and Ellen Degeneres kept it light and enjoyable throughout. The producers made some good decisions that improved on previous years. The Original Song performances were great (although U2’s sound levels could’ve been better mixed). The introductions of the Best Picture nominees were made in groups of three, which certainly saved time. Eventually I’d like to see those intros scrapped altogether, but at least it’s a small step in the right direction.

Another small step in the right direction was the vague “Heroes” theme and it’s montages. While still wholly unnecessary, at least the montages were short and few, and they didn’t seem quite as random as similar ones in recent years. The Wizard of Oz tribute was pretty random, but I liked Pink’s performance.

Something I really liked was the choice to go from In Memoriam directly into Bette Midler’s song. In the past the segment has always been followed by a commercial break, leaving the somber mood to be jarred by obnoxious local TV ads. This felt much more smooth, and also allowed for a segue into more presentations before going to another break.

The standout speeches of the night were given Jared Leto (starting the night off perfectly), Kristin Anderson-Lopez and newly crowned EGOT Robert Lopez for Frozen‘s “Let It Go,” and Lupita Nyong’o. Matthew McConaughey’s speech was odd and a little off-kilter, but ended up rather endearingly quirky. And finally, BRAVO to the producers for not being to trigger happy about having the orchestra play winners offstage. The only ones that got played off were a couple of the short film winners (who were struggling with language barriers).

Ellen’s jokes were pretty on most of the night. She’s a great comedian, and her banter with the crowd was fun. I’m not sure how I felt about pointing out that many of the actors like Amy Adams never went to college. Either she’s embarrassing them or telling the general audience that that’s ok, but there’s no middle ground and since the joke fell flat, it felt pretty awkward and uncomfortable. But I loved the “possibility” bit – “Possibility #1: 12 Years a Slave wins Best Picture. Possibility #2: You’re all racists.” That’s how to be funny and pretend edgy, without actually being edgy. That’s what the Academy was looking for, and that’s what they got.

All in all, I had a fun night. What about you? How did you like the show? What did you love? What did you hate? What was meh? Let me know in the comments or on the Facebook page. 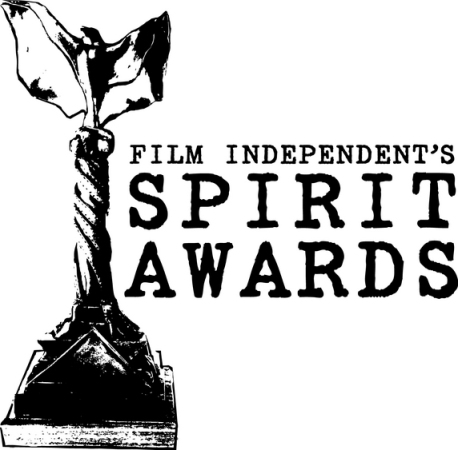 The Independent Spirit Awards were held tonight. In a near-sweep, 12 Years a Slave won 5 awards. The only races it lost were Lead and Supporting Actor, but of which went to Dallas Buyers Club. No other film won more than a single award.

There’s a good chance many of these winners win find themselves victorious tomorrow night as well. But I would hesitate to look at tonight’s proceedings as any kind of indication. While one or two individual nominees are up for both, the majority of the competition is different between the Spirits and the Oscars.

GrabBag – Beetlejuice 2, ‘R’ Movies for Kids, and the Problem With ‘Let It Go’ 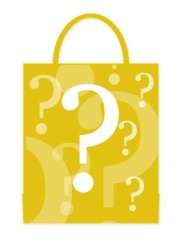 It’s Friday! Boy, are you ever ready for this weekend. Starved for non-work-related internet surfing. The only thing you need is a bunch of links to check out. Well bully for you, because today’s GrabBag is a SUPER-SIZED barrel of web content, with 10 different links and videos. Time to pull up a seat, get your finger on that mouse, and GORGE!!!

It’s Friday once again, and that means it’s time for another GrabBag! – our weekly mishmash of links and videos to get you through the weekend.

That’s all for this week’s GrabBag. Enjoy your weekend and try to stay warm!

GrabBag – What if ‘Her’ were ‘Him’? also, Famous Film Locations and a Printable Oscar Ballot

Another week, another bagful of random stuff. Time to open this week’s GrabBag…

Fair warning: the Seth Rogan impersonator in this one starts out as impressive, but quickly gets annoying…

If you’ve seen Dallas Buyers Club, this will be hilarious. Not sure how well it plays if you haven’t, but either way it’s a fantastic impersonation…

Alright, another week’s bag is emptied. If you have any suggestions for future editions of GrabBag, please email me or post them in the comments. And once again, here’s my plea for any designer willing to donate their skills to help create an original GrabBag logo. It doesn’t need to be all that professional or anything. Just something simple. Anybody? 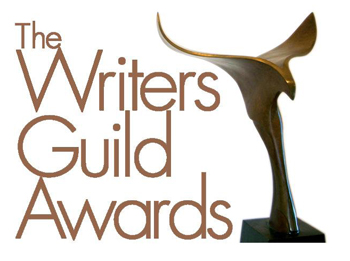 Of all the various guild awards, the Writers Guild nominations are traditionally the least likely to match up with the Oscars. This is because their eligibility rules are notoriously strict, and every year several major contenders are deemed ineligible. This year that list includes, among others, Blue is the Warmest Color, Fruitvale Station, Philomena, Rush, and the prohibitive winner of the Adapted Screenplay Oscar: 12 Years a Slave.

There are still surprises to be had, though. In the Original category, Inside Llewyn Davis was eligible but still missed a nomination. The excellent Dallas Buyers Club nabbed its spot. Gravity missed the boat too, which is a real shame, though not all that surprising. All the talk surrounding that film has been how it’s screenplay is its weakest link. This is totally bogus, of course; just because it’s dialogue is sparse doesn’t mean it’s not a deeply layered and inventively structured story. It wouldn’t be tied for the lead in the Best Picture race if it’s script was really as unmemorable as they say.

In the Adapted category, the biggest surprise is Lone Survivor, which gets its first mention of the season. I haven’t seen that film yet, but from everything I’ve been reading, if this weren’t such a competitive year, I imagine we’d be looking at a potential Best Picture with this one. 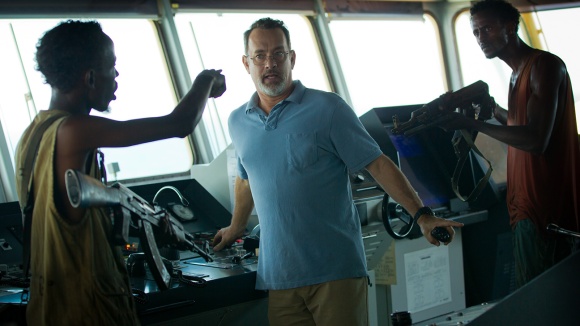 One of the best films about the earlier years of the AIDS epidemic. While not a comedy, it’s surprisingly funny at times. It deftly avoids the overly sentimental treacle one often expects with this subject matter. Matthew McConaughey and Jared Leto give the best performances of their respective careers.

Judi Dench has still got it (as if there were ever any doubt). Steve Coogan’s script could’ve easily treated its main character as just a stupid country bumpkin, and for a while you think it does. Before long though, you realize you’re looking at a deeply complex, intelligent individual and the Coogan’s big city journalist may me the short-sighted one. It also sheds much-needed light on a horrible true past, but to say more would be giving away too much.

Do you think this is a sports movie? Think again. This is a hugely enjoyable character study of two Formula One drivers whose complex relationship is one of the most riveting things on screen in years. Chris Hemsworth and especially Daniel Brühl are perfectly cast.

McConaughey continues his amazing “McConnaisance,” but the real stand outs are Tye Sheridan as main kid, Ellis, and director Jeff Nichols who continues his run of incredibly poignant portraits of rural American south. (His last, Take Shelter, was one of the most defining films of the decade.)

Paul Greengrass’ greatest gift is his ability to strip the sentiment and judgment away so that the only emotion left is genuinely your own. Tom Hanks’ final scene will break you.

What looks on the surface to be an average popcorn thriller, turns out to be a deeply layered, tightly wound, and deftly directed morality play. This will haunt you for a very long time after the credits roll.

Director Steve McQueen drops the pretension of his first two films (Hunger, Shame) but keeps the artistry to create the most powerful vision of slavery ever put on film. Chiwetel Ejiofor is outstanding as always in the lead and Michael Fassbender is terrifying as his brutal owner. Beware the hanging scene – I’ll say no more.

The groundbreaking visual effects make better use of 3D than any film in history. That alone would make it one of the best movies of any year. But it’s the deceptively simple structure and struggle for survival at its heart that makes it one of the greatest films ever made.

Alexander Payne’s best film since Election is the most relaxing and pleasant time I’ve spent in a movie theater all year. It’s at once measured and hilarious. Bruce Dern gives a completely lived-in performance as Woody, but the biggest stand out is June Squibb as his un-self-censored wife. (See my review here.)

Spike Jonze hits refresh on the romance genre with this love story between a man and his computer. Set in a gorgeously designed near-future, this film moves beyond the usual genre tropes to explore the very concept of relationships. (See my review here.)

1. The Wolf of Wall Street

Martin Scorsese one-ups his own legendary repertoire by taking the true life of the worst of Wall St scumbags and making it an outrageous comedy. Leonardo DiCaprio gives the best performance of his illustrious career. But don’t confuse the deceptively light tone with a lack of seriousness. The raucous chaos at the very heart of the film paints an extremely poignant vision of corporate greed and excess. (See my review here.)

Agree? Disagree? Think I missed something? Let me know in the comments!