Rise from the litter box!

John Carney’s follow-up to the fantastic indie-musical Once premeired in Toronto last fall under the name Can a Song Save Your Life? The Weinstein Company, apparently feeling that title was unable to save an already difficult marketing campaign, has changed the name to Begin Again.

Personally I don’t think the new moniker is any better, but no matter. The film it self looks intriguing. Carney continues his infatuation with down-and-out musicians. Mark Ruffalo and Keira Knightly star, alongside Hailee Steinfeld, Catherine Keener, Ceelo Green, and Maroon 5 frontman Adam Levine in his first movie role.

Watch out for another Best Song contender with this one. Even unheard, the pedigree is too strong to ignore.

GrabBag – “Happy” Covers, and the Onion Takes On Divergent

It’s Friday, folks, and you know what that means… GrabBag!!!

That’s all for this week. Have a great weekend, and tune in next Friday for another GrabBag!

And then there’s this. Michael Bay’s new Teenage Mutant Ninja Turtles movie has a shiny new trailer just released today. With with explosions galore and Megan Fox as April, it sounds like Bay to a T(MNT), so you might be surprised to learn he’s only producing. The director is Jonathan Liebesman, of such brainless actioners as Battle Los Angeles and Wrath of the Titans.

The only thing that sounds the least bit redeeming is the wonderful William Fichtner as the villainous Shredder. I might just watch it for that reason alone.

The movie is expected to hit theaters in August.

I want Jupiter Ascending to be a good movie, but I have reservations. The Wachowskis are talented filmmakers who can be counted on for stunning visuals. But their style of storytelling has always been an acquired taste, and I’m not sure I’ve ever fully acquired it. Their last film, Cloud Atlas, had the odd ability to come across as both amazing and overbearing almost simultaneously.

Also, is it just me, or does the name Jupiter Ascending sound designed to be reworked into a whole series… Jupiter Evolving, Jupiter Passing, Jupiter Reviving, etc. etc. I barely know the premise, and I feel we’re in for several more years of these films. So they better be good!

This may go without saying, but if you aren’t caught up on either Game of Thrones or True Detective, stop reading now and go finish them. Seriously, what are you waiting for? DO IT!!! You’ll thank me.

Now, for the rest of us… We don’t get to see much of that video Rust Cohle shows to Marty Hart in the storage unit, but  based on his horrified reactions we know it must be pretty gruesome. Well now we know: it was the Red Wedding… 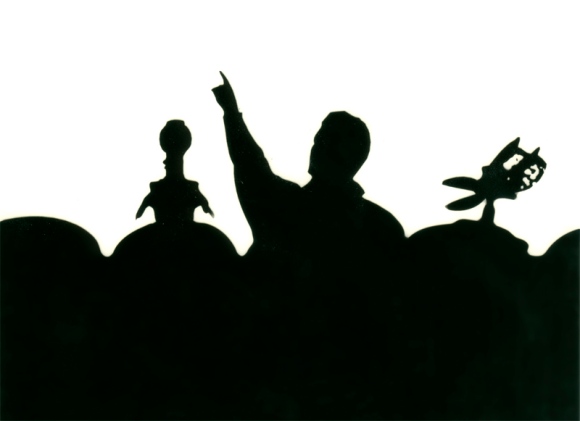 Mystery Science Theater 3000, known by it’s adoring fans as MST3K, has been off the airwaves since the 90’s. Its cult following remains strong due to the format of lampooning cult classic films, but perhaps also due in part to the show’s cast’s work since on RiffTrax.

RiffTrax is an online venture in which MST3K stars Mike Nelson, Kevin Murphy, and Bill Corbett recorded downloadable audio files to be played alone with all kinds of different movies – from the classic B-movies that made their reputation to the biggest and most popular recent blockbusters.

Now according to Screen Rant, via Zap2It, it looks like the crew is making their way back to the small screen. The National Geographic Channel will be airing at least 3 episodes beginning April 1. They’ll be keeping the RiffTrax name, but it looks like the original characters of Crow T. Robot and Tom Servo will be there.

As for exactly what they’ll be riffing? Well, according to National Geographic:

Well, I can’t wait! I just really hopes it’s not a… well… I’ll just keep my thoughts to myself.

It’s far from a done deal, and may very well not happen, but it seems there’s real interest in casting Brad Pitt for True Detective’s second season.

The first season, which just wrapped up a few weeks ago, was a smash success in every instance of the word. That season’s stars Matthew McConaughey and Woody Harrelson have already confirmed they will not be returning. That leave a vacuum that can only be filled with rampant speculation.

Still, if this happens, it would be excellent news. If nothing else, I believe Se7en proves he’s up to the challenge. It would also be just another sign that the film industry is recognizing the small screen’s recent knack for high quality filmmaking, as more and more big names in film are moving to TV.

That’s all for today. Have a great weekend!

(GrabBag is a weekly column published every Friday.)