Room is essentially two separate films. The second half (I can call it “post-escape” without giving away any more than the preview does) is a finely crafted and superbly acted family drama. But the claustrophobic first half, which never leaves the small room and thus never allows for anything longer than a medium-shot, is a truly unique experience. We see the world through Jack’s eyes. It may be tiny, but he fills it full of wonder as any 5-year-old can. 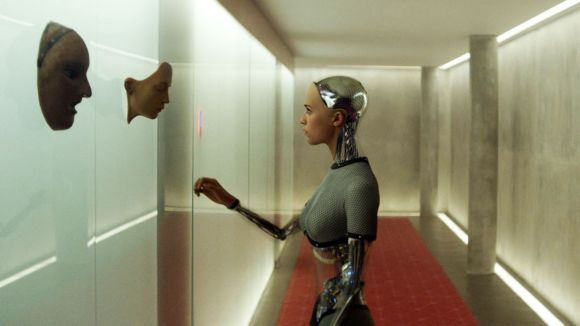 Great independent science fiction movies are getting harder to find. Gorgeous setting and special effects support a tight little cerebral thriller. Oscar Isaac and Domnhall Gleason are fantastic. (They show up again in another little sci-fi further up this list, but sadly don’t get to share the screen.) 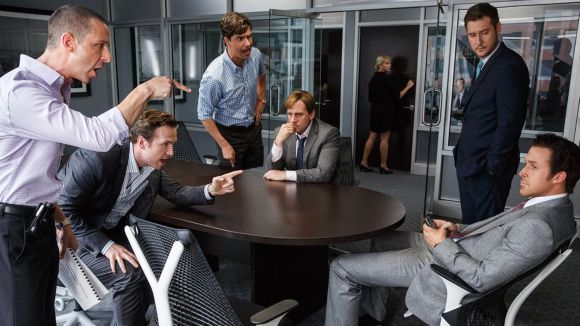 Adam McKay – that’s right, the co-creator of Funny or Die and the man behind Anchorman and Talladega Nights – took a side step from his frat-house humor well and stunned with this insightful and bruising comedy. It’s full of risky stylistic choices. He throws so much at the screen that it sometimes feels muddled and confusing. But that’s on purpose to mirror the insanity of the situation. It’s exhilarating, current, and in a way that is all too real, deeply depressing. 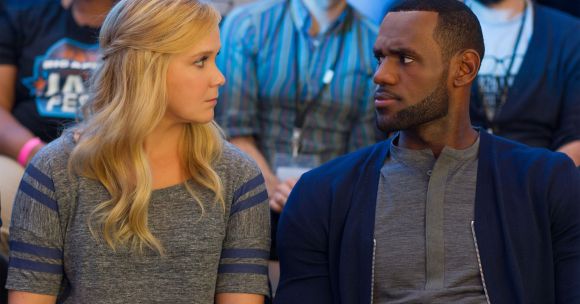 Amy Schumer’s comedy may not be as poignant or risky as The Big Short. But it’s touching, personal and wall-to-wall hilarious. Judd Apatow brings his trademark authenticity to the comedy. Bill Hader is the heart of the movie, and John Cena and LeBron James leave you gasping for air. But this is Schumer’s movie through and through. If you like her work as a humorist – and I do – you will love this. 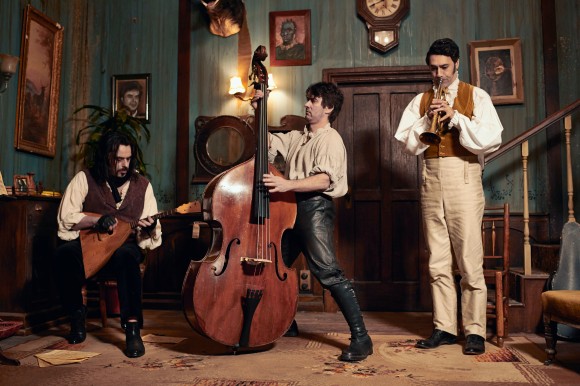 Ok, the mockumentary style has been done to death by now right? Wrong! Or right, I guess when you consider that the subject here is vampires. (Pause for groans…) I’m a sucker for this kind of deadpan humor, but once again it’s the sincerity of relationships in spite of the crazy backdrop that elevates these proceedings to cinematic gold. 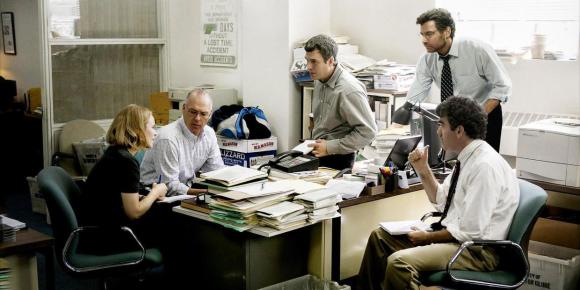 Now we reach the point where I wish all of these movies could be higher on the list, but competition gets tight. Spotlight is a fantastic procedural. The performances and filmmaking are across the board phenomenal. But it’s never showy. Everything is in support of the story. As much as you think you know about the Catholic priest scandals, think again.

Full disclosure: I’m biased by my absolute love of the book. The film could never quite equal my fascination with reading it. But Ridley Scott does the next best thing: he captures and translates the tone and feel perfectly. What makes this story so much more than “Cast Away in Space” is the light tough and the emphasis on real science. Scott’s greatest sci-fi achievements have never been accused of being “light,” so I was all the more delightfully surprised by this. So much for the argument that intellectualism and populism are mutually exclusive!

Amid the deafening build-up to this release, I convinced myself it was likely to be merely acceptable. It probably wouldn’t be as bad as the prequels – what could, right? But there’s no way it could live up to the originals. Well, I’m thrilled to say JJ Abrams’ new episode blew away all my expectations! It’s one thing to honor the originals and focus on the epic excitement that we all fell in love with in the first place. But he’s raised the bar by handing the reigns over to a new, more diverse generation of heroes. The new Star Wars honors the past without getting stuck in it.

Mad Max: Fury Road is a perfect work of minimalist art. Its tight circular plot is stripped of all extraneous exposition. Conversely, all of the gratuity is in supporting visuals. Elaborate practical stunts, extravagant set pieces and found-object works of art build a lived-in world that needs no extra explanation. There’s almost no dialogue besides what’s absolutely necessary. And then there’s Charlize Theron, the most badass movie heroine since Alien’s Ripley. In a cinematic landscape where action heroes – and in fact pretty much ALL heroes – are STILL, even in 2015, almost exclusively the realm of men, Furiosa fires a shot across the bow to the film industry. No, not across the bow: straight into the forehead of every Bullet Farmer with a camera.

Pixar has the best track record (even with it’s couple of duds) of any movie studio in history, with some of my favorite movies of all time. Inside Out is Pixar’s best movie to date. And it’s one of the most accomplished, nuanced, original, daring, moving cinematic achievements I’ve ever witnessed. It touches nerves so deep inside they’ve never been exposed before. I haven’t met a single person who hasn’t cried at multiple times throughout. You may leave the theater a bit shell-shocked, but it somehow leaves you a better, more complete person than you were 90 minutes before.

Tagged Ex Machina, Fury Road, Inside Out, Mad Max, Room, Spotlight, Star Wars, The Big Short, The Force Awakens, The Martian, Top 10, Trainwreck, What We Do in the Shadows