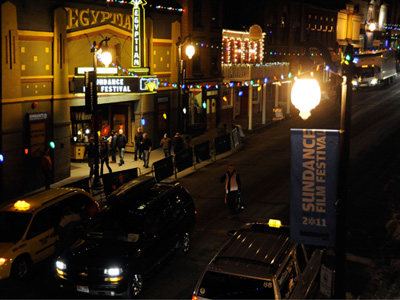 Last week The Sundance Film Festival came and went, culminating in the awards announced Saturday. You might have wondered why this blog, focused as it is on film and, currently, awards season, hasn’t really mentioned it before now.

Honestly, I’d love to be able to talk about Sundance and all the great sounding movies that come out of there. The big problem with film festivals like these is how insular they are. Of course, I’m not a professional journalist and not likely to be invited to attend. I certainly don’t have the means to pay for it myself.

But on top of that, I live in the Midwest. 90% of these festival films will never end up with a theater release wide enough to make it to St. Louis. The few that do won’t show up until several months later. By the time I get to see them, everything will have already been said by the “big city critics.”

This is a problem with the independent film market in general. For example, the film Her began winning award after award and making everybody’s “Top 10” lists in mid-December. I had a feeling it could factor heavily into my own list, but it didn’t open in St. Louis until well into January. I couldn’t wait that long. It already felt late not publishing it before New Year’s. A few weeks later I ended up updating it with an awkward add-on after I finally got a chance to see the movie. But it sure would have been nice to be able to include it in the original draft.

Inside Llewyn Davis was worse. It premiered at Cannes in May. I had been hearing how wonderful it was ever since but didn’t get to confirm it for myself until after Christmas. It turns out I wasn’t quite as gung-ho about it as other critics, but I would’ve loved to discover that sooner. Was it so over-hyped by the time it got to me that it couldn’t meet expectations? Maybe, maybe not. But that six month wait certainly didn’t do anyone any good.

Of course, St. Louis does have an excellent film festival of its own. I wouldn’t have been able to catch the excellent Ernest & Celestine if it weren’t for the SLIFF. But being able to really experience a film festival in full requires an enormous commitment of time and money. It’s nearly impossible to juggle something that huge with a life and family and job and hobbies and all the other things that whisper in your ear, “Are these movies really that important?”

In the end my situation is what it is; I like living in the Midwest. The scope of what I cover is limited to what I can research, and I can only give opinions on what I can see and observe for myself. But there’s still plenty that fits under that umbrella: I have the internet at my fingertips, and those who know me know there’s no end to my opinions. So what if that doesn’t include Sundance?