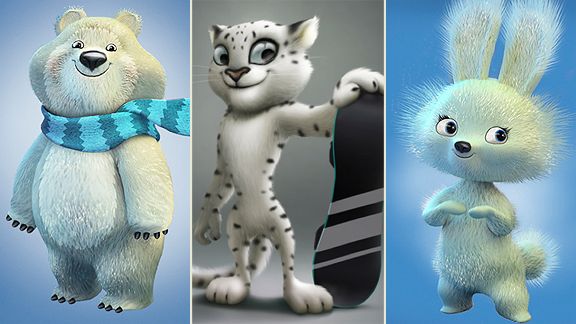 The Winter Olympics in Sochi begin tonight. Well today actually. By the time you read this the opening ceremony has probably already happened, but that’s what we get for being in the Western Hemisphere. Over the course of the next several days, I will likely watch several events I could otherwise care less about (Ice Dancing?). But this is the Olympics; everybody watches them!

Except this year that’s not so true. George Takei (of whom I count myself as a Facebook Fan) and many others have been highly outspoken about boycotting this year’s games in protest to host country Russia’s draconian policies toward the LGBTQ community. Of course I fully agree with and support Takei’s stance. I hope beyond hope that the boycott gains traction and encourages IOC to vet their choices more carefully and maybe even shames Russia’s leaders into changing their policies. (That won’t happen, but we can hope. That’s what protests are about, hope for change. If change were easy we wouldn’t need to protest.)

The problem is, despite my support for the boycott, I just told you I’m going to watch the Olympics. I’m not the only one. In fact I’d be willing to bet that most of you reaching this are struggling (though probably less than you like to admit) with this same conflict. So how do we justify this kind of internal dichotomy?

In fact, this is a question I’ve been trying to answer for years. My fiancé is an intelligent, caring, progressive, liberal-minded modern woman who nonetheless loves watching Jersey Shore, 16 and Pregnant, and Here Comes Honey Boo-Boo, among several other similar cultural abscesses. I know countless people who watch every single episode of American Idol. Hell, even I myself feel the occasional need to watch Michael Bay movies.

In my opinion shows like these go part and parcel with a vast stupidification of our American cultural identity. To paraphrase Billy Madison’s principal, everyone is now dumber for having watched them. I (playfully) take people to task over their TV preferences on a regular basis. But in all honesty none of that actually changes the respect, admiration, or love I have for them as friends, colleagues, partners.

For much of my adult life I have believed that by watching something, you are implicitly condoning what’s on screen. In a way I still do. No, I don’t mean that by watching 12 Years a Slave you are supporting slavery (obviously). But you support the values that these filmmakers and this story, being told in this way, stand for.

But in the case of culturally empty or aberrant entertainment, does it really matter if you watch? Does that implicit support actually mean anything? Yes and no, but mostly (probably) no.

I am not in a Nielsen home. I don’t think I know anybody who is. Nobody is going to know that I’m watching the Olympics except those I tell. I raise the conversation, and therefore awareness, by talking about these shows, but my voice alone is negligible in the dull roar that already exists. Putting those mascots at the top of this blog post is probably the worst impact I can make.

Sure, Hulu keeps track of every time my fiancé watches Honey Boo-Boo, but our subscription would be the same whether we watch that or The Office. I’m not spending money I wouldn’t otherwise spend. I’m not financially supporting these shows or their advertisers any more than I otherwise would. When was the last time you bought something directly because of a TV ad? I bought a Pizza Hut pizza after a football game a few weeks ago, but other than that I can’t think of a single example.

Ok so as I write these arguments, I keep coming up with more and better counter-arguments. Reasons I should turn off the TV and tell you all to do the same. But you know what? I’m not going to. Why? I don’t know; I just don’t feel like it. I want to watch the Olympics.

And that’s as good an answer as you’re going to get. When I started writing this article, I wasn’t sure which side of the titular question my eventual answer would fall. Now at the end, I’m even less sure. You’re going to have to choose your own answer. Or don’t. Do what ever feels right or good or fun or whatever.

Me, I’m going to go eat cake and nachos and complain about not losing weight.