One of this year’s most hotly anticipated projects, Gone Girl teams Ben Affleck and director David Fincher. Affleck is in the midst of an impressive career turnaround, leaving the endless cookie-cutter romances for prestige directing (and acting) work in Argo, The Town, and his fantastic 2007 directorial debut Gone Baby Gone (not to be confused with the title of this new film).

Fincher, meanwhile has by now firmly established himself in the “auteur” category with such original visionary classics at Fight Club, Se7en, Zodiac, The Girl with the Dragon Tattoo, as well his should-have-been-Oscar-winner The Social Network.

With a great casting line-up, including Rosamund Pike, Neil Patrick Harris, and a number of other recognizable character actors, it’s no wonder the movie blogosphere is pitching tents* in anticipation of this film. 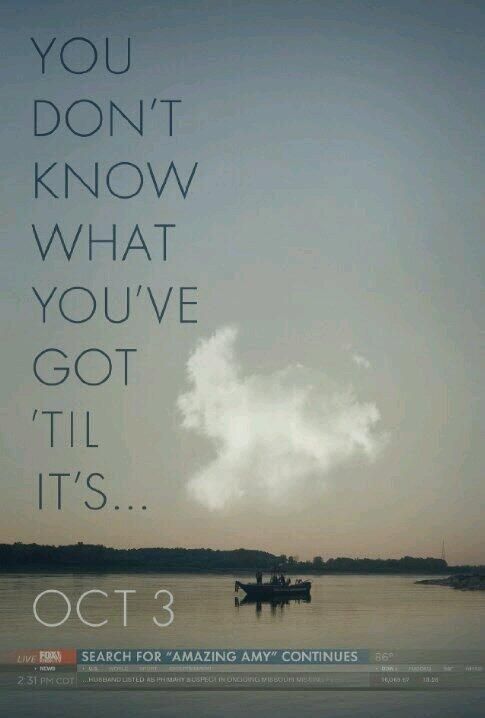 *Figuratively, though to read some of the blogs I wouldn’t be surprised if people were actually camping out in lines 6 months early to get tickets.