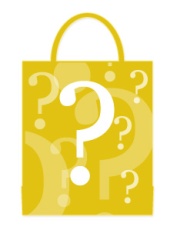 Tonight the DGA awards may finally give us a frontrunner in one of the tightest Oscar races ever. Tomorrow the Grammy Awards will be resoundingly ignored by yours truly. It’s too cold to go outside, so here’s a handful of distractions for your weekend…

Ok, that’s all for this week. If you have any suggestions for future editions of GrabBag, please email me or post them in the comments. And once again, here’s my plea for any designer willing to donate their skills to help create an original GrabBag logo. Any takers?